Aww yeah, we just couldn't hold it back anymore~!

YEP, it's that one kink you have that you're totally into, but waaaay too shy to ever admit it~!

We made one with all main images in the same folder, but also made one organized by artist for those of you who like your pics that way. You'll get to choose.

Full Disclosure of artists and ships included in both versions below, for you guys' convenience-

Spoilers if you wanna save the ships for a surprise, but the pack includes:

Once you're done looking through, tell us what you thought! Fill out our feedback survey here!

And don't hold back, we appreciate your honesty, and we can handle criticism. We want to make the next pack and those going forward more enjoyable and worth your while.

We hope you enjoy! And stay well hydrated, you naughty sexies~!

just purchased 10 or so minutes ago; how long until i receive a download link or whatever it comes in?

still havent received it and its making me anxious, so under the assumption that im getting the same issue the others in the comments are having, my discord is Lackluckster#0342

i have like, transaction receipt code or whatever its called to prove i bought it

Hi, the pack worked without any hiccups for me. Good job guys!

I was wondering where all the positive feedback was until I saw the survey.

Hey there I brought this pack a few days ago but never received the pack? Hoping you can help

sure thing, could you provide us your Discord? We can help easier there

It's been a month more or less since Ive purchased the pack and just remembered I still haven't been sent a download link of any sort. Could I get help?

Sure thing, what's your Discord? We can help you there

Sorry, accidentally blocked it the first time around since I didn't know who you were. Could you send another?

Sending you an email, as I didn't get my copy.

Hi. I purchased the pack a couple of days ago and I didn't get the link. Here's my discord: kawaiiomorashi#0951

hey there, I can help ya out, got a Discord?

Hi, I purchased the pack yesterday and haven’t got a download link.

that seems to be a common error, got Discord? We can help you out over there

I am having trouble as well with it being password protected.

that doesn't make any sense, there was no such thing implemented. Got discord? We can help over there

yes my discord name is psycholucent

I'll need the number on your Discord name as well :x

I think I figured it out.

When you created the RAR file, you used the newer RAR5 file format that was released in 2013. Since I was trying to open it using an old version of PeaZip file archiver software from before 2013, PeaZip didn't recognize the newer format and assumed it was encrypted. I downloaded the newest version of PeaZip and now it works just fine.

If anyone else is having this same problem, try updating your archiver software.

Thanks for the info, boss!

Seems to be an issue on their end, got a Discord? We can help you out in DM's

I bought it twice now and it still doesn't show up in my library and i didn't get a link. But PayPal tells me everything worked.

Seems to be a common error happening for unknown reasons, got a discord? We can help you over there.

no, i don't. Is there another way or do i need to make one?

you can email me at frist16@yahoo.com

Hi, I emailed you two days ago, just checking if you got it.

paid via paypal and didn't get the download link yet. also tried the "resend download links" thing, but got nothing.

Got a Discord? We can help you out over there :0

Deleted your discord name for courtesy 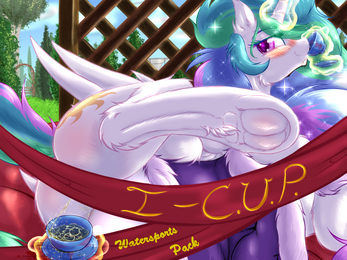 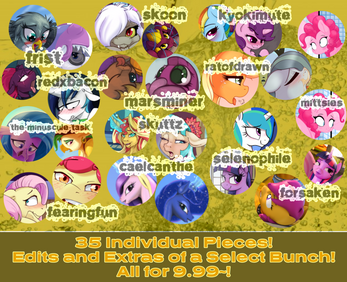